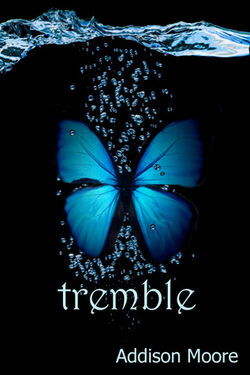 Tremble is a novel by Addison Moore and the second book in the Celestra series.

Tremble is 203 pages long and was first published on March 26, 2011 by Moore on Amazon Digital Services. It is available for download on Amazon.

Sixteen year-old, Skyla Messenger is determined to bring back the dead. For Skyla, being an angel from the coveted Celestra faction hasn’t been easy. An entire band of wicked angels is after her blood, a Sector is after something far more sinister, and her newfound powers lead her on a quest to save her dead father. Skyla and her boyfriend Logan Oliver try to piece together a plan to take down the Countenance in order to maintain their relationship, but will Skyla’s burgeoning feelings for Gage Oliver get in the way? And when Skyla decides to use her powerful blood to change the fate of another deceased soul, just who is going to stop her?[1]