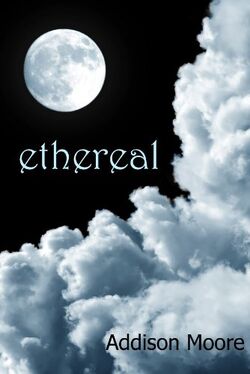 Ethereal is a novel by Addison Moore. It is the first book in the Celestra series.

Ethereal is 162 pages long and was first published on March 26, 2011 by Moore. It is available for free download on Amazon.

When her newly remarried mother moves the family to Paragon Island, to a house that is rumored to be haunted, Skyla finds refuge in Logan Oliver, a boy who shares her unique ability to read minds.

Skyla discovers Logan holds the answers to the questions she’s been looking for, but Logan’s reluctance to give her the knowledge she desires leaves her believing Logan has a few secrets of his own.

Skyla’s bloodlines may just be connected to the most powerful angelic beings that roam the earth, and the more she knows, the more danger she seems to be in.

Suddenly an entire faction of earthbound angels wants her dead, at least she still has Logan, or does she?[1]